WITH $73 MILLION CAD, SYMEND CLOSES ONE OF THE LARGEST SERIES B ROUNDS IN RECENT ALBERTA HISTORY

Calgary-based Symend has raised a $73 million CAD ($52 million USD) Series B round of funding for its customer engagement platform designed to better connect with financially at-risk customers.

“The need for what Symend does has become more pronounced than ever.”

The round includes $47 million USD in equity and $5 million USD in term financing from Silicon Valley Bank. The round was led by Inovia Capital’s growth fund, with participation from a group of returning and new investors, including Ignition Partners, Impression Ventures, BDC Capital’s Women in Technology Fund, Mistral Venture Partners, Telus Ventures, BMO Capital Partners, and angel investors including Plenty of Fish founder Markus Frind.

Symend CEO and co-founder Hanif Joshaghani told BetaKit that the majority of the round was primary, with a small portion of secondary investment. In May 2019, Symend quietly raised a Series A round led by Ignition Partners. Symend also raised a prior seed round led by Impression Ventures, and an angel round that included a personal investment from Joshaghani. The Series B brings the startup’s total funding to date to more than $85 million CAD ($60 million USD), according to Joshaghani. 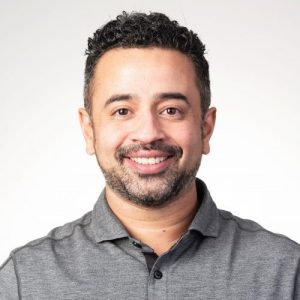 The startup noted that its $73 million CAD round marks one of the largest Series B rounds in recent Alberta history. The province’s tech sector has matured at a rapid rate over the past few years, with tech startups comprising 35 percent of Alberta-owned and operated technology companies in 2019.

Alberta was the fifth largest Canadian market for venture capital investment last year, with $227 million across 39 deals. According to PwC Canada and CB Insights’ report for the full year 2019, Calgary deal activity increased from five to 22 deals last year, while funding rose to $132 million.

Symend was founded in 2016 by Joshaghani, a serial entrepreneur who had previously invested in Wave, and Tiffany Kaminsky, a sales and marketing strategist that serves as the company’s chief strategy officer.

The startup has developed an “engagement platform” designed to better engage, treat, and retain financially at-risk customers. Symend’s mission is to digitally transform the engagement experience for those consumers by using behavioural science, artificial intelligence, and machine learning.

Symend works with enterprise organizations such as service providers and financial institutions to help them interact with at-risk customers “with empathy.” The company says it has “treated” more than 10 million at-risk customers to date and is on track for 100 million by the end of 2020.

“We started this company with the north star of, ‘lets help people and help as many people as we can,’” Joshaghani told BetaKit. “The mic drop moment is, if you can measure at an ecosystem or country-level the number of people you’ve saved from this negative credit outcome, and we’re doing that now.”

“It’s not about collecting every dollar, it’s about preserving lifetime value and working with the customers to find a resolution that ensures that they keep their service, and they’re not negatively impacted on their credit,” Kaminsky added.

Symend sells its offering as a white-labelled software-as-a-service (SaaS) product. The startup helps companies create “treatment strategies” that are meant to positively engage customers who have outstanding debt. The startup’s goal is to replace legacy collection techniques and states that its scientific research confirms that positively engaged customers are more apt to pay debts in full as well as stay with their provider or financial institution over the long run.

“Enterprises that take an innovative approach to solving common business challenges with a human touch catch our attention,” Rich Osborn, managing partner of Telus Ventures told BetaKit. “Symend is a great example of a company doing exactly that, using both data and digital interactions to create thoughtful solutions that consider both immediate and future customer relationships.”

“We are hiring, we are growing, we’re doing it at a very important time in history.”

The startup works primarily with large telecom companies, and Joshaghani noted that most of the major telecommunications companies in North America are Symend customers. Symend is also working to onboard its first major national bank, the name of which Joshaghani did not disclose. The CEO did note that with its new capital Symend is exploring working with utilities companies as well.

“Any company that is having immediate success partnering with really large global telco companies and financial institutions, who are traditionally very hard sell to, and will only work with you, if you’re really creating value, anybody that’s really able to get into those businesses that quickly and show the positive results is worth taking a real hard look at,” Inovia Capital general partner Dennis Kavelman told BetaKit.

Symend closed its Series B round remotely during COVID-19. Joshaghani called the deal a “big testament” to its investor, noting, “everybody understood how important this company is going to be to supporting Canadians and Americans.”

Kavelman, who is joining Symend’s board as part of the deal, said despite the current economic environment, Inovia remained confident in its investment with Symend.

“There’s no question you take an extra hard look at what’s going on if you’re going to do a deal in this environment,” he said. “But our conviction just got that much stronger when it became clear that they were the solution to some of these issues.”

“We’re very fortunate because, given the nature of what we do, I think the need for Symend does has become more pronounced than ever,” said Joshaghani. “The current environment, it creates a challenge for an organization to really step up and live up to our north star, and this raise allows us to do exactly that.” 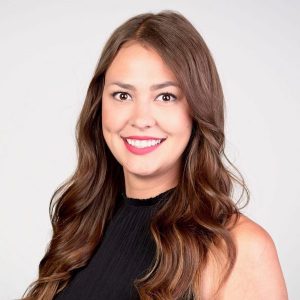 Kaminsky added that consumer behaviours amid COVID-19 have changed, but said Symend’s platform is built to adapt to changing behaviours, making it well suited to help organizations and consumers with growing debt amidst the crises.

Symend plans to use its Series B funding to invest “heavily” in the development of its engagement platform as well as expand into new verticals, such as utilities company customers, as well as new geographies. The startup currently operates in Canada and the United States.

Joshaghani noted that Symend has significantly scaled over the past year, with a growing demand for its service. Symend will also use the newfound capital to onboard those new customers.

With headquarters in Calgary and offices in Toronto and Denver, the startup plans to grow the size of its team across Canadian and the United States. Symend currently sits at around 90 to 100 employees, according to the CEO.

Joshaghani said Symend tripled its headcount last year from 15 to 45, and in the first quarter of 2020 has already tripled again. Symend is targeting a team size of 200 employees by the end of the year.

When asked whether there is any concern about a company scaling at this rate during an unprecedented global crisis, Kavelman commended the way the co-founders have built the company. He commented that Symend’s offering is valuable both during COVID-19 and “regular good times.”

Along with closing its Series B, Symend has also launched a rebrand this week, as well as a new website.

It's a big week for us at Symend with several announcements planned. We couldn't be more excited to kick things off than by unveiling our new brand!

To learn more about the rebrand, visit our LinkedIn post below, and give us a follow on there! https://www. 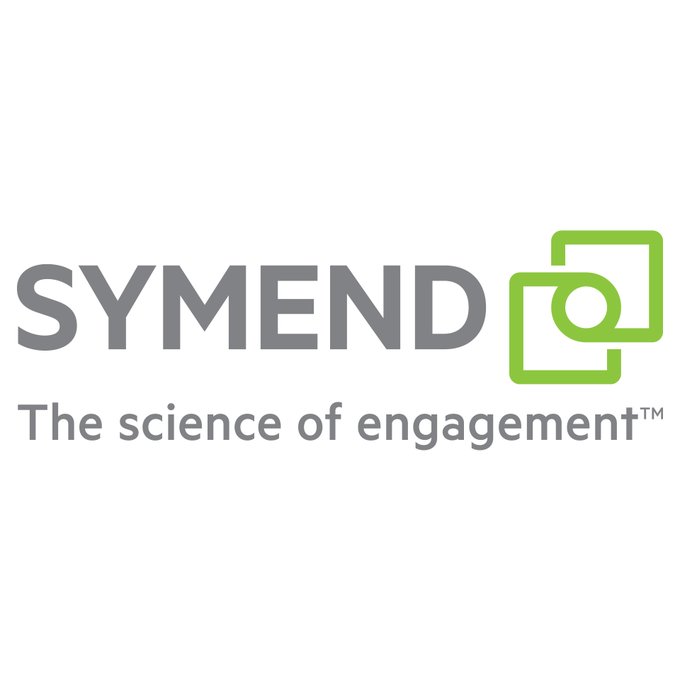 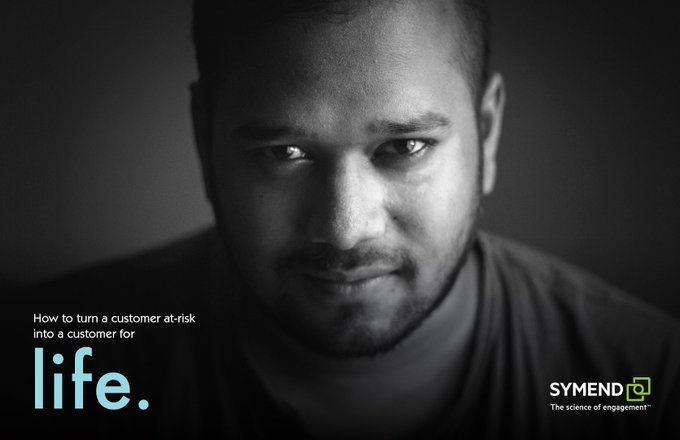 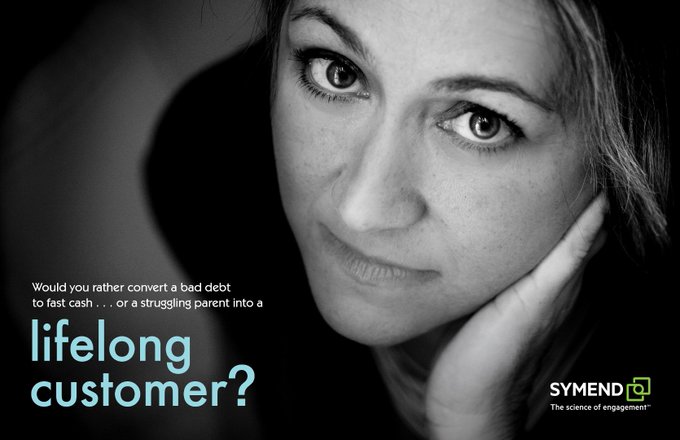 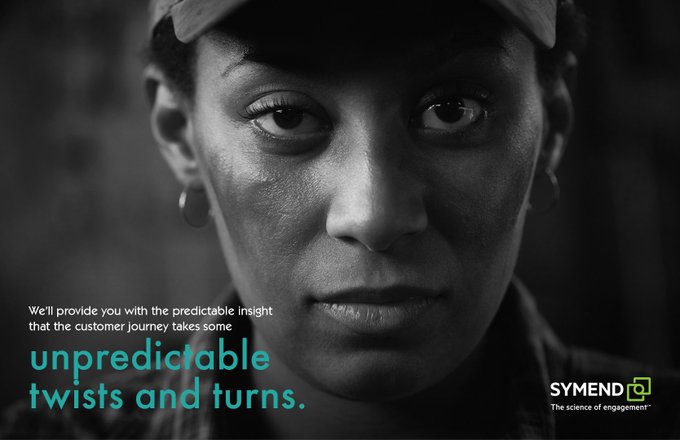 “Not only are they delivering an innovative solution to the marketplace, but they are also actively leveraging our community’s rich and diverse talent pool as they expand their operations here,” Moran added. “This is a win all around for Calgary and an inspiration for other local innovators and entrepreneurs.”

“We are hiring, we are growing, we’re doing it at a very important time in history, and we’re very excited about it,” said Joshaghani. “[Symend is] leveraging this financing to really build a global platform for [helping financially at-risk consumers] better, in every part of the world.”

The COVID-19 pandemic is an unprecedented event that has forced all businesses to re-evaluate their...

Are we there yet? Decision-making under extreme uncertainty in the COVID-19 pandemic

How Alice Reimer is Fostering the Tech Ecosystem in Calgary

The serial entrepreneur has had multiple successes with tech startups, but perhaps her most signific...