The fund will focus on B2B startups across cloud infrastructure, ​SaaS, and other verticals, and has already closed five new investments, including a BC-based SaaS company. Voyager has shed its investment thesis of focusing on California and is now directing investments toward the Pacific Northwest (or Cascadia) region, which encompasses much of Washington, Oregon, BC, and Alberta.

Fund 5 is aimed to make at least three or four large investments in BC and Alberta startups, and its close comes ten months after Voyager Capital tapped Meredith Powell as it’s first dedicated Canadian venture partner.

“Cascadia is exploding with growth but underserved by venture capital,” said Bill McAleer, founder and managing director of Voyager Capital. “Seen as one of the most active early-stage startup locations in North America, this region is leading the major trends in computing, ​creating significant investment opportunities with exceptional outcomes at sub-unicorn valuations​.”

Voyager noted that Fund 5 saw LPs from Canada, as well as the US and Europe, including global family offices, foundations, and individuals. A notable new addition is the ​BC Tech Fund​, managed by Kensington Capital.

Voyager told BetaKit it has previously made a few small investments in Canadian startups out of past funds. Gerri Sinclair, managing director at BC Tech Fund, told BetaKit that Voyager has been active in the BC tech scene over the past few years, working with BC Tech Fund’s fund managers on several projects and co-investment opportunities.

“We are excited about the BC Tech Fund’s new investment partnership with [Voyager], which represents our first investment outside of Canada, as well as an investment in the Cascadia Corridor region which has been a significant economic partnership priority for the BC government,” said Sinclair.

Through Fund 5, Voyager will invest between $750,000 and $3 million into a startup’s first institutional round, meaning a Series A or a larger seed round, with plans to provide follow-on investments in subsequent rounds. The focus will be on B2B software across a variety of verticals, including ecommerce, FinTech, and media. Powell added that the firm is meeting with many Western Canadian founders innovating in the cloud space who seeking out Voyager’s domain knowledge. 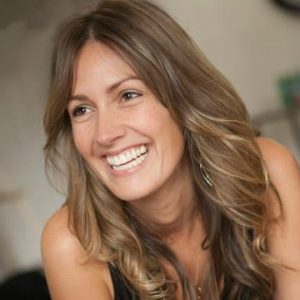 Powell stated that her primary role is to be the touchpoint for startups and engaging with the local startup community. Powell was a judge at the New Ventures BC competition, was a member of the selection committee service for BC Tech Summit, and took the stage at the Banff Venture Forum. Voyager has also secured a senior associate in Seattle and an advisory board member in Alberta.

“We’re dropping California from our investment thesis and doubling down on the Pacific Northwest, including putting feet on the ground in Western Canada to support top tech founders with value-add venture capital,” Powell told BetaKit. “Why? Not only because we’re seeing world-class innovators in BC and Alberta who are underserved by VC, but also based on our aligned cultures and shared values throughout Cascadia. Plus, valuations in the Valley are insane. It costs over twice as much to build and scale a startup in California than it does in our region.”

Voyager has contributed to 14 exits over the last four years, three to major cloud providers like Amazon Web Services and Google Cloud Platform.

“With fresh capital, an expanded team, and active investments, we’re charging ahead with great momentum in Seattle, Portland, and now Western Canada,” said Diane Fraiman, managing director at Voyager Capital. “As experienced investors as well as mentors and coaches who live in the communities we invest in, we partner with entrepreneurs to build outstanding companies of lasting value and drive the entire ecosystem.”

Advancing Cellular Agriculture in Canada: How to Get Involved

For Students, Graduates, Entrepreneurs, Investors, there are multiple ways to get involved with Cell...

With the close of its first investment, Metiquity Ventures is excited to announce the offi...