One of my favorite articles each year in the Canadian startup world is reading Kevin Sandhu’s predictions for the 11 Canadian tech companies to watch on BetaKit. His 2019 predictions marked the first time a prairie-based startup has been included in the annual article, which is an exciting sign for the growing startup ecosystems in Alberta, Saskatchewan, and Manitoba.

Struggling to find the spotlight is nothing new for the Prairie Provinces that only brought in a combined 1.6% of VC Capital in 2017, and just over 2% through the first quarter of 2018. Capital and attention literally flies over our provinces, which has created an environment where startups can often do significantly more with substantially less, and produces some of the most determined entrepreneurs in Canada.

Here are 11 Prairie-based startups to watch for in 2019, helping to bring the spotlight towards a region that most of the startup world only sees from 30,000 feet on their flights across Canada.

Kicking off the list is the prairie-based startup that found itself featured in Mr. Sandhu’s recent article. One core pillar of a healthy startup ecosystem is repeat entrepreneurs coming off successful ventures and starting over again. Enter our provinces most notable startup leaders, the Simair brothers, coming off a nine-figure exit to SkipTheDishes and jumping right back into the ecosystem.

Pivot Furniture is creating a new way for people to furnish their homes. Purchasing quality furniture for your home has long been a costly endeavor, with low residual value when you look to sell your used product. With Pivot, people can subscribe to high-end furniture at a low monthly fee.

2019 will be challenging but important year for Pivot Furniture. Having to educate a market on a new product is a significant challenge, and the logistics of moving furniture is no easy endeavor, but so were the early stages of SkipTheDishes. If anyone knows how to navigate through these challenges, it’s these brothers. Watch for new cities (the company is currently only in Saskatoon and Winnipeg) being added to Pivot’s coverage in 2019. 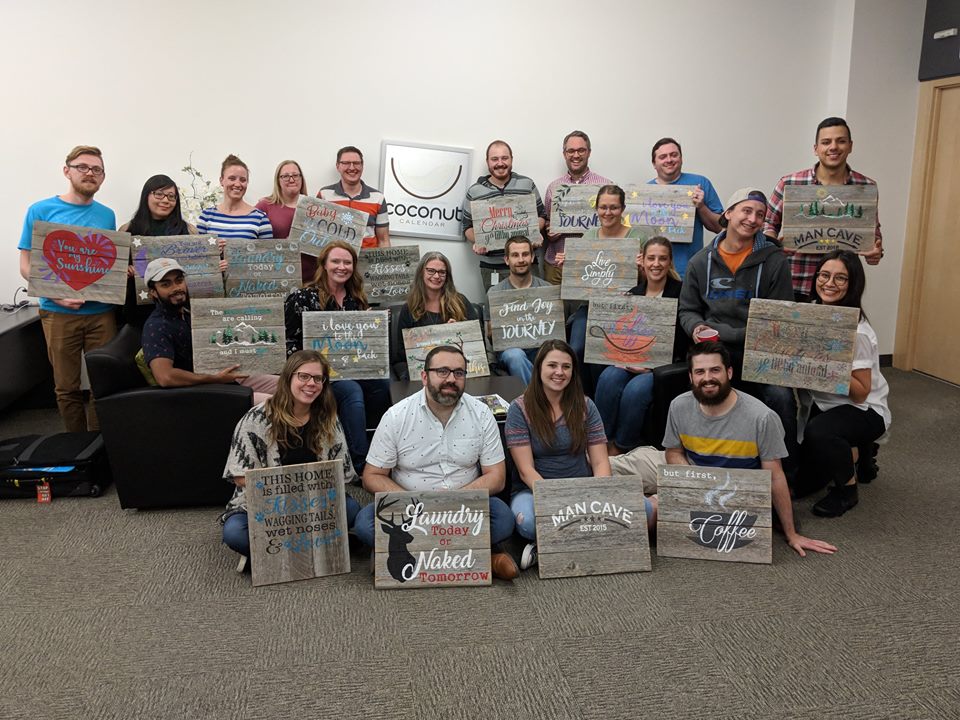 If the Simair brothers are the ones who lit the flame of the Saskatchewan startup ecosystem, one could easily point towards Katherine Regnier’s Coconut Software as a key torch bearer since SkipTheDishes sold.

At the end of 2017 Coconut Software secured a $4.2 million round, led by Information Venture Partners, with participation from an impressive roster of ScaleUp Ventures, StandUp Ventures, PIC Investment Group and Bay Partners, and quickly went to work. In 2018, it was named one of CIX’s 2018 “Top 20 Most Innovative Technology Companies”, and Regnier was named the Woman Entrepreneur Award winner for the Prairie region of the Startup Canada Awards.

Coconut’s enterprise appointment scheduling platform is strategically engineered for the appointment-driven business and boasts a roster of customers including RBC, Rogers, TELUS, and Jackson Hewitt. Moving into 2019, it looks to be another year of rapid growth across North America with companies looking to solve a simple but real problem: offering more convenient and efficient ways for their customers to book an appointment with their staff.

ATTAbotics is developing a robot-centric storage and retrieval systems that reduces ecommerce warehousing and fulfillment costs by 75 percent. The company won the fast growth award for companies over $5 million in Revenue at the Start Alberta Awards in November. Weeks later the company obtained $4.5 million from the Opportunity Calgary Investment Fund because of its ability to leverage skilled workers from the struggling oil and gas economy.

With 85 percent of its staff coming from oil and gas, ATTAbotics has exploded from just 11 employees towards the end of 2017 to 115 at the end of 2018, along with revenue growth from the hundreds of thousands to tens of millions. With many provincial and municipal governments across the oil and gas regions of Canada looking to spawn innovation to diversify their economies, I expect 2019 will be a year where lots of keen eyes are tracking ATTAbotics and its impact in the Calgary area. 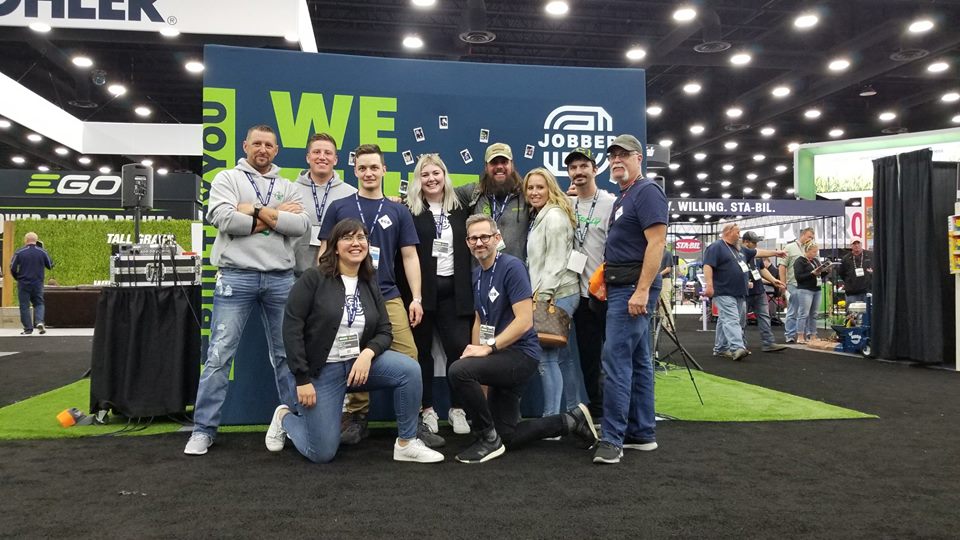 There often comes a time for many prairie-based companies where they are posed the question of remaining headquartered where they are or relocating to Toronto, Vancouver, or other larger tech markets.

Jobber is a B2B SaaS platform targeted to field service companies like landscaping and plumbers, and offers scheduling, invoicing, and customer management services. In 2017, the company was at about 80 employees and decided to maintain its headquarters in Edmonton to set an example for other burgeoning tech companies in the city, opting instead to open a satellite office in Toronto.

With founders Sam Pillar and Forrest Zeisler coming off their 2018 Startup Canada Award in the category of Entrepreneur of the Year for the Prairies region, and the company continuing to scale its operations, 2019 looks to be another year of revenue and employee growth.

Attracting new businesses is a significant challenge for municipalities across North America. Enter Townfolio, with its city data as a service platform allowing municipalities to more easily understand their underlying data, in real-time, and showcase their city to businesses around the world. Founder’s Ryley Iverson and David Lee have just finished showcasing their startup at one of the world’s top accelerators, TechStars, and are taking their rapid Canadian growth into the US market, where they recently announced a partnership with the Kansas City Area Development Council as one of their larger US customers.

In addition to creating more understandable tools for municipalities to market themselves, Townfolio says it is saving its customers roughly $6,000 per year. With GovTech becoming an increasingly growing space, and municipalities around the world looking to utilize their data, we should expect a big year for Townfolio in 2019.

The most controversial company on the list, MobSquad made headlines towards the end of 2018 by securing millions of dollars in government support to help grow its “nearshoring” startup.

Through this arbitrage play, MobSquad will hire and employ the talent to work for bay area tech companies while paying the lower costs of Canadian labour. Many Canadian entrepreneurs were quick to point out the flaws in having the city of Calgary, province of Alberta, and federal government providing subsidies towards a company that’s making competition even more challenging for local companies to hire talent and retain IP in Canada.

Time will tell whether the impact of our government funding a company like MobSquad is positive by creating a great employer that subsequently produces future startup founders and a greater base of skilled labour in the Calgary market, or negative by taking Calgary’s strongest developers and focusing them on building American IP. With government capital in hand, along with an additional $11 million from Relay Ventures, MobSquad will definitely be making a big impact on the Alberta startup ecosystem in 2019.

Travel startups are no easy feat. You have to create a product that people absolutely love, built entirely off selling things that you have little control over. Once you have this very difficult product built, you still need to find a way to acquire customers in a space with one of the highest customer acquisition costs crowded by thousands of competitors. Krugo has taken a unique angle to address both of these challenges.

Krugo’s product flips the planning process on its head when it comes to planning trips for your crew. Customers have the option to change planning from a where/when process to a “what do we want to do” process. For example, if you want to check out a Montreal Canadiens game and then dance the night away at a Fleetwood Mac concert, Krugo will show you that these two things are happening in New York on March 13 & 14 and allow you to book everything directly through the app, including flights and accommodation.

Customer acquisition for Krugo will likely not be any cheaper than other travel apps, but by nature of it being a group planning app, there’s a much higher value per acquisition, often representing annual trips or repeat trips (e.g., the first bachelorette party will likely lead to several more among the group).

Currently the app is only available on Apple products, but Krugo is looking to expand to Android in 2019.

It’s a bit of a freebie calling Bold Commerce a “company to watch in 2019,” considering this Winnipeg startup already shattered headlines to kick off 2019 with its $22 million Series A round, led by Whitecap Venture Partners and Round13 Capital. Few things scream “Prairie startup” like this formidable team, which bootstrapped its way to over 275 employees and 86,000 merchants before raising its first round of capital. Bold was also an example of a new Canadian tech darling emerging in 2019 in a recent CanCon Podcast predicting Canadian startup trends in 2019, and are looking to expand to 400 employees in its Winnipeg office.

Their company is a great example of how platform dependence is not always such a bad thing as Bold harnessed its expertise in developing a significant portion of Shopify’s app ecosystem and was able to leverage their massive customer base to build traction and IP. 2019 will be the year where Bold moves beyond the Shopify platform and becomes the leading middleware supplier for all ecommerce that exists outside of Amazon. 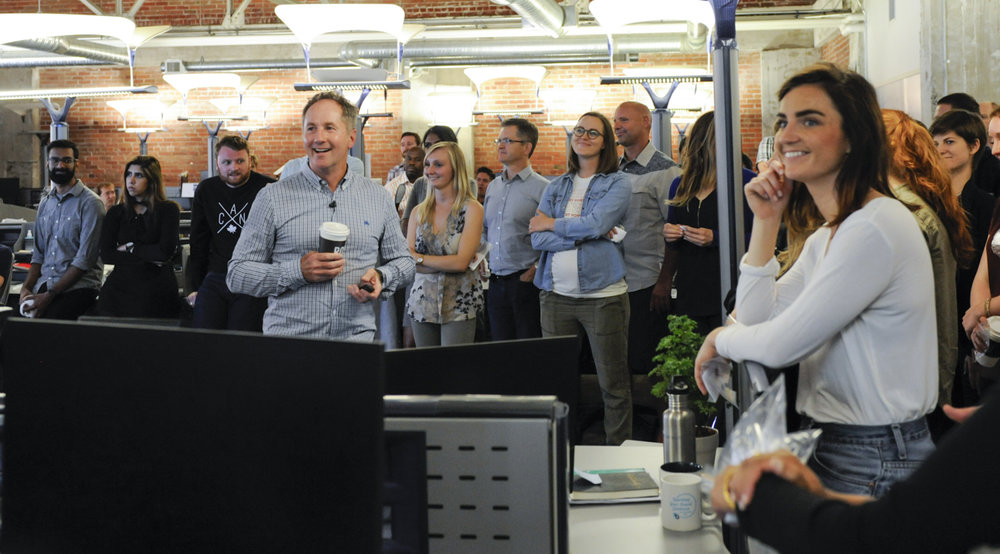 Benevity is a leader in corporate social responsibility and employee engagement software, including online giving, matching, volunteering and community investment. Enterprise customers leverage Benevity to power corporate “Goodness” programs that attract, retain, and engage today’s diverse workforce by connecting people to the causes that matter to them. Benevity processed over 2.5 billion dollars in donations and 15 million hours of volunteering time in 2018 to almost 150,000 charities worldwide.

The largest company on this list, with over 400 employees, and a significant financial backer in Atlantic General, Benevity recently brought in some heavy hitters with a new CFO, Kelly Schmitt, and President, Eve Stacey. 2019 should be a fascinating year as the company leverages the success it had last year with the likes of TELUS, Nike, Apple Google, and other enterprise clients and looks to further disrupt the way employers can help employees give back.

When users sign up, they can give permission to Pricerazzi to monitor their inbox for receipts, as well as the ability to take photos of their in-store purchase receipts. Pricerazzi will then alert the user when a better deal is available so you can get money back from the original merchant. Having signed its first enterprise customer in 2018 with one of Canada’s largest credit unions, Meridian Credit Union, 2019 looks to be a year where Pricerazzi continues to focus more towards enterprise SaaS and move away from the slow growth in trying to create a direct to consumer product. 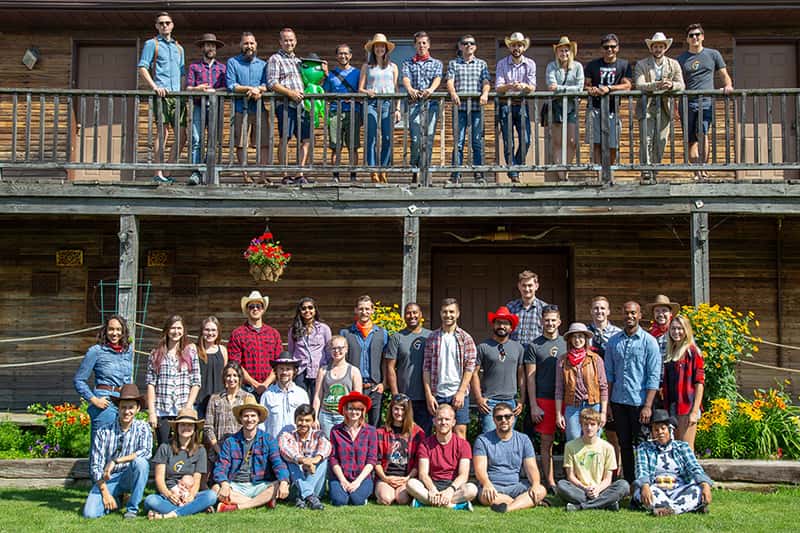 Last, but certainly not least, is one of Saskatchewan’s most prized startups, 7shifts. Founded by Jordan Boesch, 7shifts licenses software to restaurants to help them schedule their employees through an easy-to-use platform that saves time and money, reduces labor costs, and streamlines communication.

Coming off its $4.5 million raise in 2017, 7shifts spent this past year scaling their business to over 250,000 restaurants around the world, culminating in a new $10 million Series A round last month. The company expects to grow significantly in 2019 as more restaurants come on board and new features are launched.