This week, Startup Calgary held the 10th annual Launch Party to kick off Calgary Innovation Week, where early-stage startups as well as alumni, funders, and ecosystem stakeholders came to explore what the city’s startup community has to offer.

“Launch Party really is a coming-out party for the up-and-coming startups.”

This year’s event was the biggest yet, with 1,200 people in attendance compared to 800 the year prior. The event showcased Calgary’s brightest young startups, and recognized several community members for their achievements in supporting Calgary’s tech ecosystem.

Startup Calgary manager Danielle Torrie believes the growth in turnout can be attributed to the city’s emerging reputation and the growth of Calgary’s startups.

“I feel that we’ve now accepted that Calgary can be successful,” Torri told BetaKit. “I think we got to 1,200 [attendees] because the ecosystem is growing and people are really excited about what’s happening. In my mind, that means that [companies] are getting connected, they’re meeting partners faster, and they’re getting mentors faster, whereas before it was taking much longer for them to actually get to that point.” 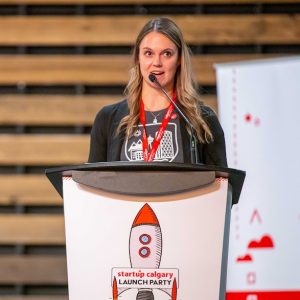 The event, held in Stampede Park in downtown Calgary, hosted various meet-and-greet opportunities for attendees. Startup Calgary’s top 15 startups for 2019 were able to showcase their offerings at Demo Alley. The Community Zone hosted local accelerators, coworking spaces, and service providers looking to share their services with Calgarian founders. At the Startup Job Showcase, attendees could meet with tech startups looking to recruit new talent. At Export Alley, participants could get to know the Calgary startups making moves on a global scale.

One unequivocal theme that surfaced throughout the evening, however, was frustration stemming from the recent blows to Alberta’s innovation system, which came from the recent provincial budget.

Alberta’s budget cuts have affected Calgary’s innovation ecosystem as a whole, with specific cuts to Alberta Innovates, a reduction in funding to artificial intelligence, and the removal of the Alberta Investor Tax Credit, which was meant to incentivize much-needed seed investment within the province.

“I would definitely say that there was a setback, but I still think that it came at a time where we were ready.”

Attendees that spoke to BetaKit, as well as some speakers, such as Mary Moran, president and CEO of Calgary Economic Development, lamented the changes, but highlighted that Calgary and the entire province will continue to press on with innovation despite what have been called massive setbacks.

“It was unfortunate, but we are more prepared than we’ve ever been for it,” Torrie said, speaking of the province’s budget cuts. “As soon as programs like the Alberta Investor Tax Credit came into question, I felt the community instantly rallied around that.”

“I would definitely say that there was a setback, but I still think that it came at a time where we were ready to educate, but also to know that there are other options,” Torrie added.

Over the course of the evening, attendees were able to vote for their favourite up-and-coming startup. This year, Flurotech, which develops solutions that offer cannabis cultivators an alternative to traditional laboratory testing, was named the winner of the People’s Choice Award. The startup works with law enforcement to improve contamination detection, potency tests, and roadside testing, to enhance the safety and quality of the cannabis industry for producers and consumers.

The winner of the Alumni’s Choice Award was Helm, a cash flow app for small-to-medium-sized businesses. Helm’s solution automates the process of forecasting clients’ future cash balance. It helps users chart their business’ path to success, and has been developed to make it easy to change, tweak, and maintain.

The evening also presented Start Alberta Tech Awards’ Rod Charko Service Award, which recognizes an individual that has gone above and beyond for the venture capital and technology ecosystems in Alberta. Past winners include David Edmonds, Brad Zumwalt, Alice Reimer, and John Pinsent. This year, Ray Muzyka, CEO and founder of Threshold Impact, which mentors, advises, and invests in disruptive innovations, was named the winner.

Congrats @RayMuzyka for being awarded the Rod Charko service award! 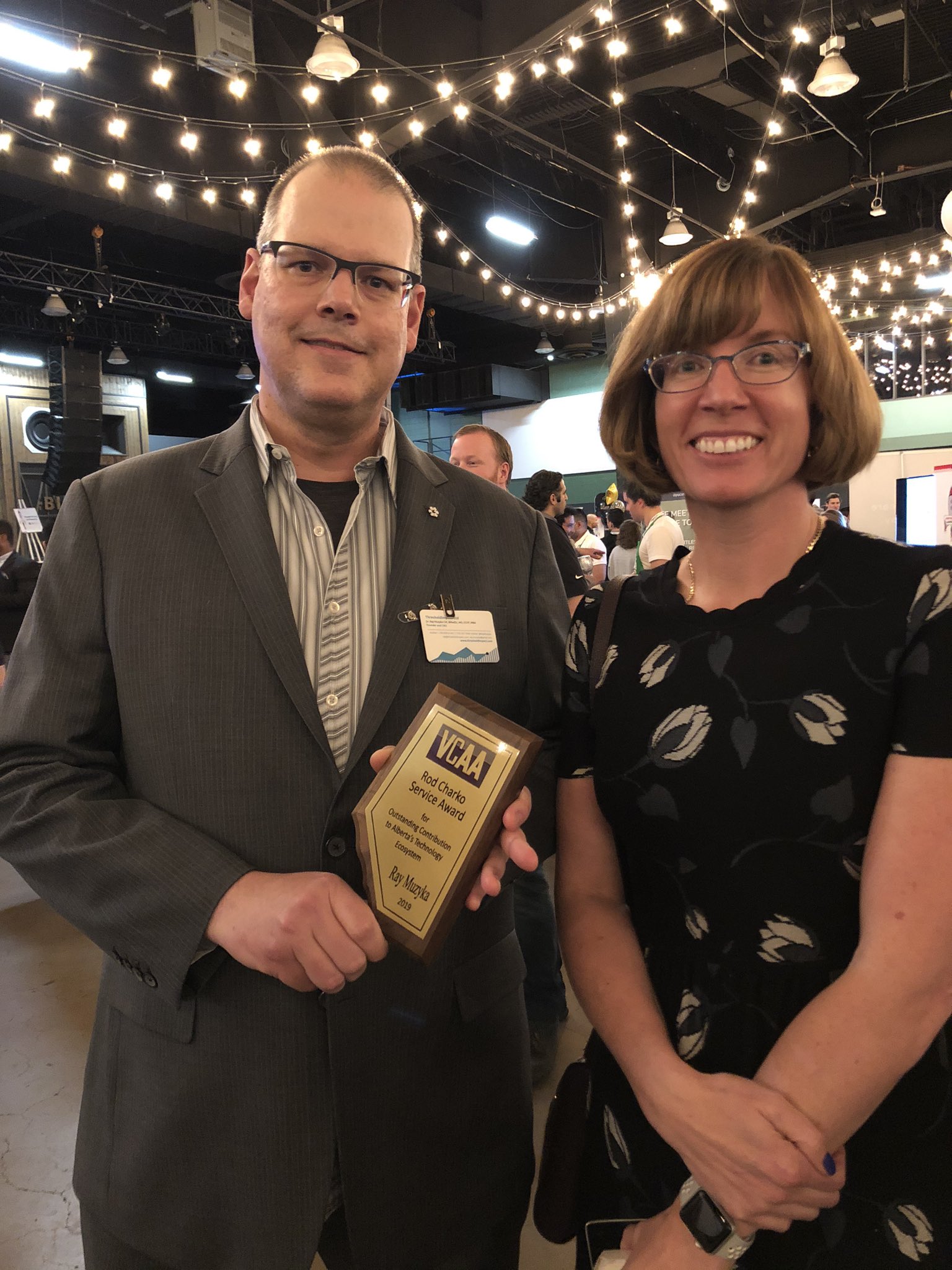 Mikata Health was named the winner of the A100 One to Watch Award, which is presented to an Alberta up-and-coming tech company considered most likely to succeed. Mikata was selected from a group of 12 nominated startups. The digital health company’s mission is to help patients and doctors work together for better health by designing tools that give patients convenient access to primary care. The announcement was first made last month in Edmonton, but the startup was recognized again at Launch Party.

“It’s really cool to have that vote of support from the A100 members who have been there and done that in technology in Alberta,” Kyle Nishiyama, co-founder of Mikata Health, told BetaKit. “To have that support is a huge honour.”

Torrie said she hopes that Launch Party will continue to expand in size and scope, adding that expanding it to something similar to a Startupfest-esque event for Western Canada would bolster the various tech hubs throughout the region.

“We know that there are people working actively behind the scenes to ensure that we’re building an ecosystem that can foster growth,” Torrie said. “We filled this room, regardless of what’s going on. I think there’s still an excitement and an energy around starting a company, which is really where we focus all of our programming. We’ll continue to build that.”

Over the past few weeks, six acquisitions involving Canadian tech companies have either closed or ar...

When the car can't start suddenly, in this kind of situation, the car emergency power supply may be...